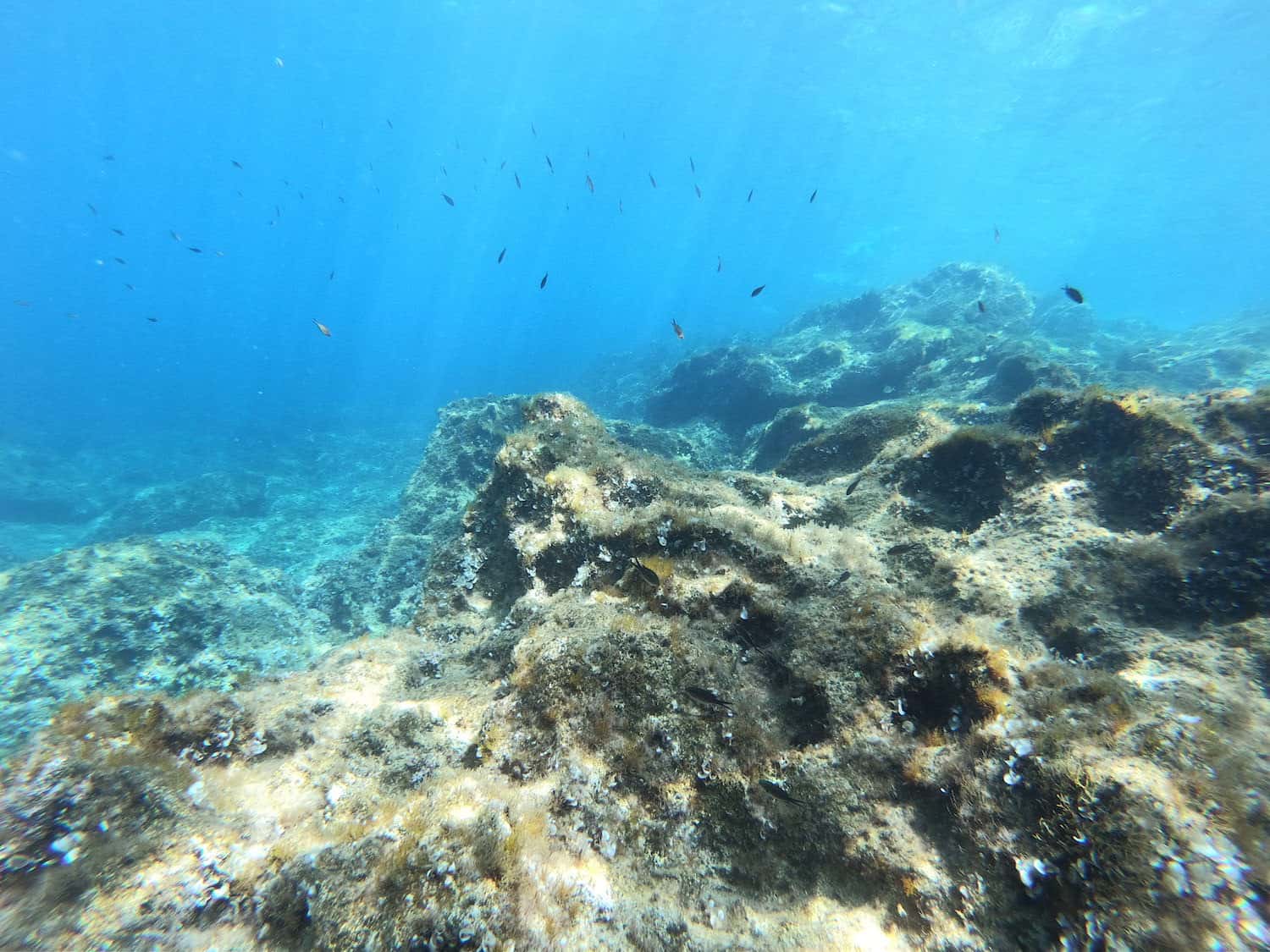 Out of My Depth?

By the tender age 65 years young I have spent my life pursuing the great outdoors; rock climbing, mountaineering, Himalayan peaks, kayaking, windsurfing, surfing, skiing, snowboarding, biking, you name it I‘ve pursued it. But a couple of years ago my daughter announced she was learning to scuba dive. Hmm, I’ve not done that… Fast forward two years and she has inundated me with amazing underwater images from exotic locations. Not only that, but she had worked her way through the PADI system and by September 2020 was in Cyprus doing her Divemaster and subsequent Instructor qualifications.

Around this time my partner Kat and I were supposed to be going to Ecuador and the Galapagos to climb, surf and explore, but because of Covid that was off. Darling daughter gets on the phone and says come to Cyprus and learn to dive at Coral Bay instead.  And why not? A new challenge. How hard can it be?

So a month later and having presented a negative test for Covid we arrive in Cyprus, all signed up for an Open Water course with Coral Bay Divers and with our theory part of the course completed online back in the UK. We meet my daughter Naomi, Jamie the other Divemaster student, and course director Jurg at the centre and relax with them in the evening sun with a beer or maybe two.

Coral Bay Divers is a great set up. Headed by Jurg, a man of vast experience and knowledge, and highly respected in the industry. He’s a great teacher, who won’t compromise until he’s happy you’ve understood and demonstrated the skills. Consequently, you feel safe in what initially appeared to me as an alien environment. Sure, I’ve snorkeled a bit, been short of air at 20,000 feet, danced my way up countless rock faces, but in scuba diving I was the proverbial fish out of water, except that I was in it. Much to the amusement of Jurg, Naomi, Jamie and Kat.

For the first few sessions the tubes felt like untamed spaghetti, I drifted up, I drifted down, I flapped my arms, I thrashed my legs, I gobbled up the air, forgot to clear my ears, I tried to find my regulator when it was already in my mouth, I did it all. Fortunately, Jurg has two other vital qualities – the patience of a saint and a great sense of humour. Gradually a reassuring familiarity set in, my new world could be explored, fish could be followed, photos could be taken, underwater amphitheatres examined, the fascination of bubbles disappearing upwards be enjoyed. Even doing (compressed) air guitar down at 15m with Jurg seemed normal – it is isn’t it? Down, down, deeper and down as the Quo would have it.

Back at the centre each day we debriefed, we learnt, we laughed, drank more beer, and rum.

We even changed our flights so we could stay longer and dive more.

Kat and I have our Open Water qualifications, and Naomi is not only a Divemaster but also a PADI Instructor. We all have Jurg and Coral Bay Divers to thank for it. We’ll be back…

Fill in your details below to receive our newsletter